In the week since I last talked about how well my standing projects were going, I have had a rich array of distractions, some of which have joined my list of existing projects.

The Twinkle has not moved since last weekend.  I have made a little progress on the socks, though not a whole lot… 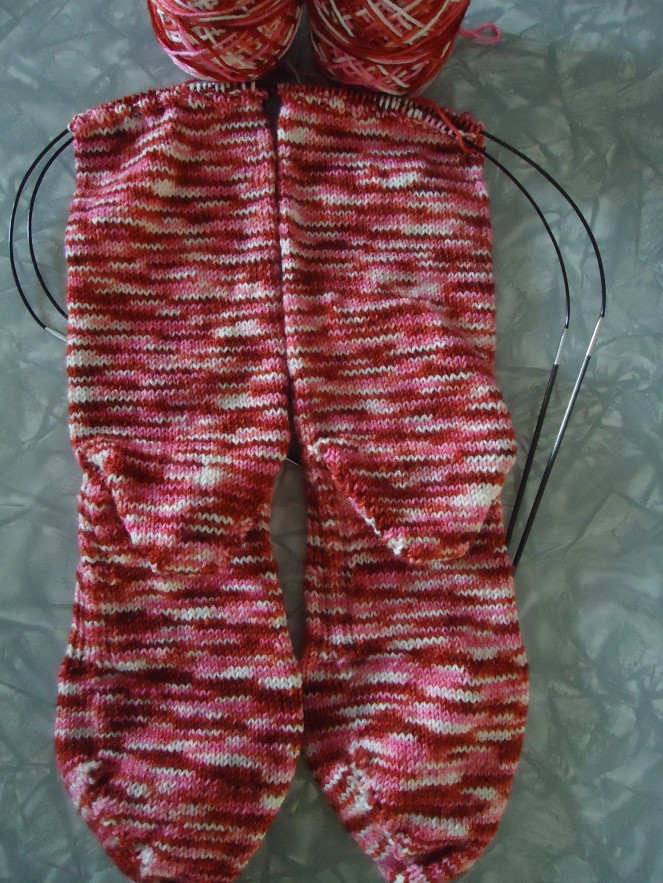 Starting to get into the ribbing, though!

One distraction, which I will write about in more detail, probably later this week, is a felted slipper class I have been taking at a LYS.  My slippers were going well, and so I started thinking that maybe my Mom would like some slippers too, and maybe my DH would like some…  They work up pretty quick, so suddenly, slippers.

The other is the test knit I wrote about a bit earlier.  The pattern is the Jackalope Jane cowl  by Megan-Anne of Lattes & Llamas fame.  Last fall, I wrote that I wished the L&L girls would adopt an all-cryptid-knitalong business model.  I don’t think they have gone quite that far, but they have produced a second pattern in that family and there is vague talk of a third, possibly involving mermaids!

Anyway, this pattern starts and ends with brioche and has a double knitting section in the middle – very cushy and warm!  Also, it has Jackalopes.  This was a busy week at work and in some personal things, so I haven’t gotten very far.  Specifically, I got some progress made on the first brioche sections… 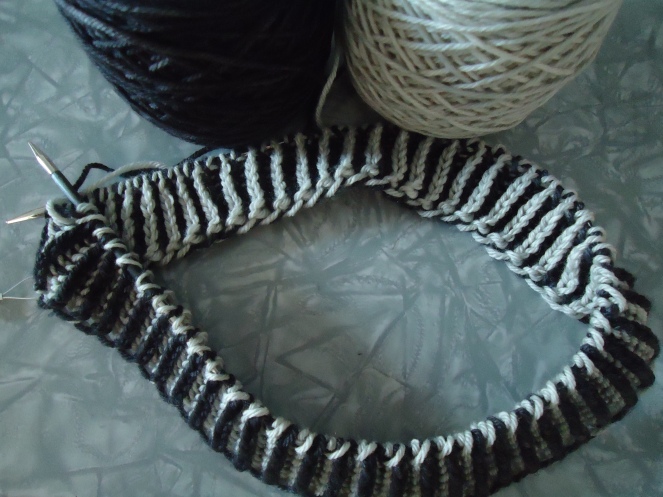 The test knit is in one of their own yarn lines, and they have lots of color options, but I decided to go with black and white(ish).  More pics as I make progress!

What’s distracting you these days?

3 thoughts on “Totally Focused…Look! A Squirrel!”