Around this time last week, I was getting ready for a work trip to Fairbanks, and hoping to finish off my two standing WIPS.  And much to my surprise, that is exactly what happened!

When I headed out last Monday, I had my long-standing Colorblock shell/top/sweater/whatever.  I have been working on this ding-blasted thing since August, which is fully unreasonable, since it is a really basic thing that should have been done in about two weeks.  But it wasn’t, and by last weekend I was heartily sick of it.  Very fortunately, I was able to make a concentrated effort and get it done by Tuesday night!

For anyone interested, the pattern is Giotto, and the yarn is Filatura Di Crosa’s Fancy Solare, which is now discontinued.  However, I think you could do just as well with other yarn of a similar weight.  Actually, the nubs in the yarn made it a little bit of a pain in the neck to knit with, but it does look pretty cool.  So there’s that. 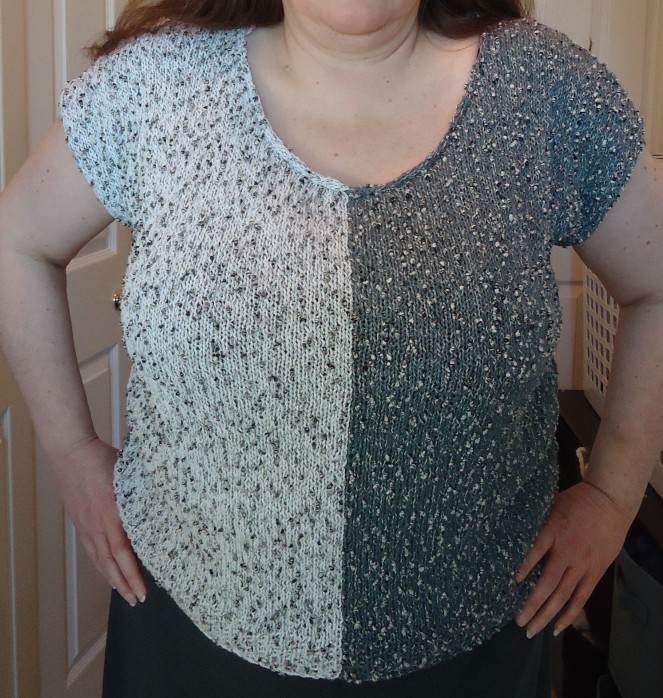 And here is a less blurry and yellow-tinted photo.  For anyone who does plan to try this pattern, I did some modifications.  1) I did both the front and the back as colorblock, instead of the just the front like the pattern wants you to do.  2) I knitted the front and the back each as one piece.  The pattern had the front (colorblock) knitting as two separate halves and then sewn together.  I just knit it like really, really basic intarsia and called it good.  3) I added some fabric to the front, since there is more of me in the front.  I just added a bit of length and then kind of cheated it when sewing the front to the back. 4) I did an i-cord bind off rather than whatever it was the pattern was calling for.

All in all, I’m happy with it.  It looks halfway decent and is comfortable to wear.  Win!

That left me with several evenings to finish my other project, my Fantastic socks.  And finish them I did! 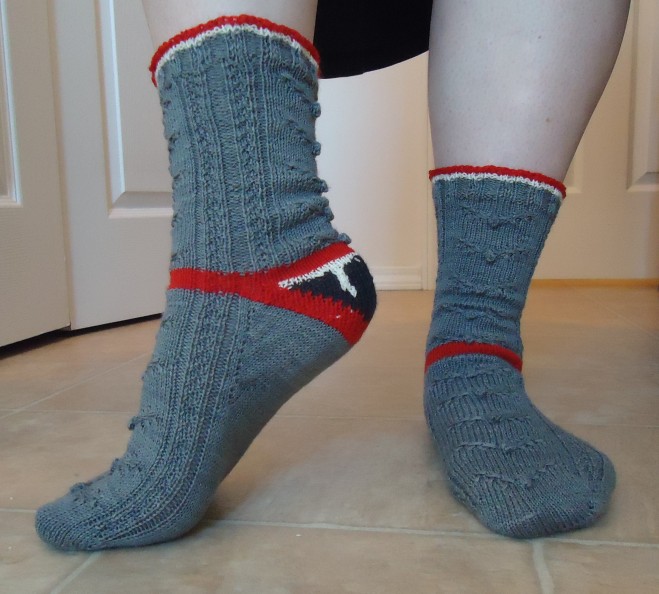 I’m pretty happy with these, too!  They are comfortable and fit great!  They are on a little crooked in these pictures, but they really do fit very well. The kit was perfect – in fact I have a lot of the main color left, and little bits of the accent colors.  The pattern was well written – the bats are both charted and written out.  The kit is from Knitter’s Brewing Company.

So, I’m very happy to have these two projects finished – off the needles and into my wardrobe!  Next up – catching up with the Geek-Along!  I’m about 8 squares behind, and it’s time to catch up! 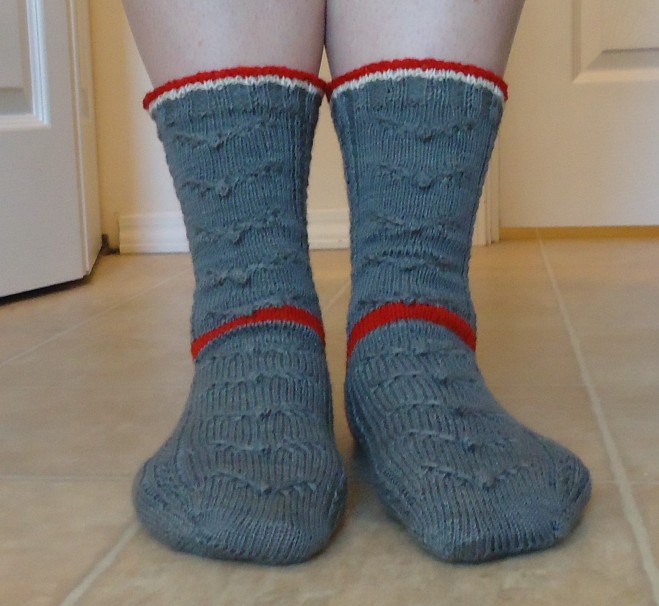 2 thoughts on “I Love It When a Plan Comes Together!”