I know I said the next post would be about keeping up with the Geek A Long, but I lied.  Soon, though!

In the past week I finished my Iknitarod* project, the 11 Angry Sunrises scarf of earlier post fame.  This is a project using the shadow knitting technique, also known as illusion knitting. 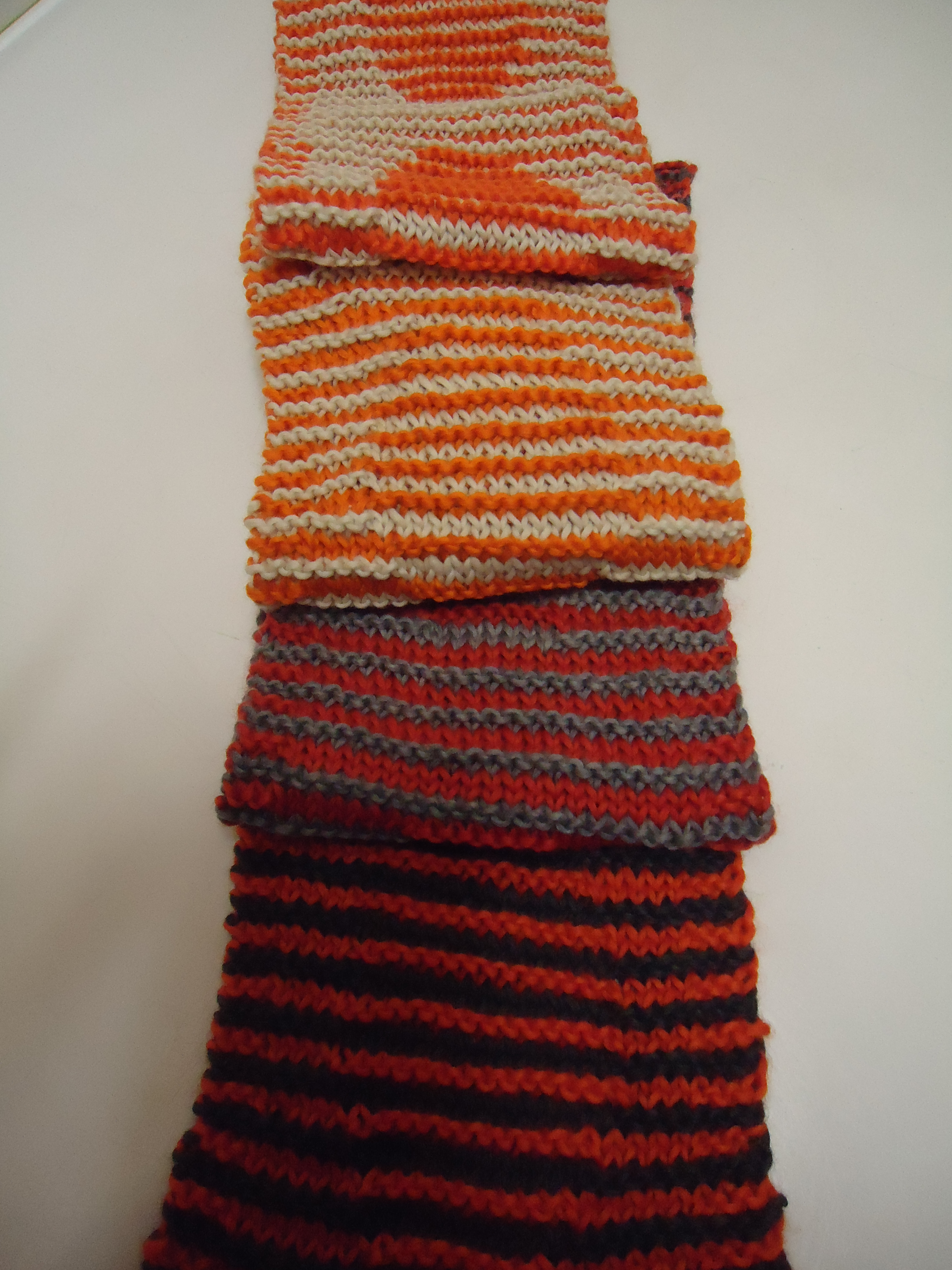 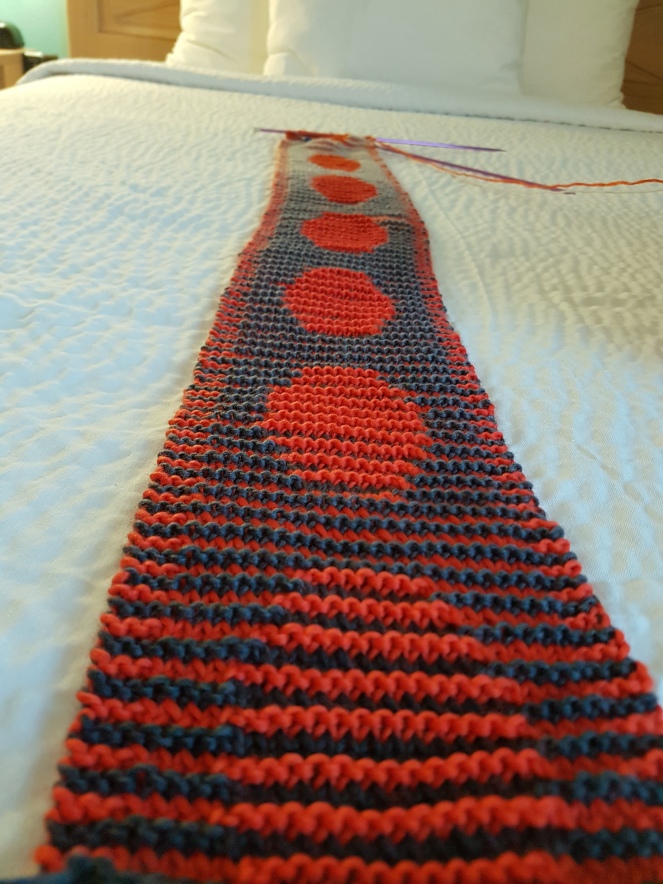 This is achieved by clever use of knit and purl stitches combined with a two-color stripe pattern.  You could probably use more than two colors, but I don’t know that you’d want to use many more or chaos would ensue.  Essentially, you are alternating rows of stockinette and garter, which you reverse for the area of the pattern you want to embed in your project.  Neat!

Then I got so caught up in the shadow knitting thing (and I have some of my not-inexpensive yarn left), so I started some fingerless gloves with a matching pattern on the mitten backs… 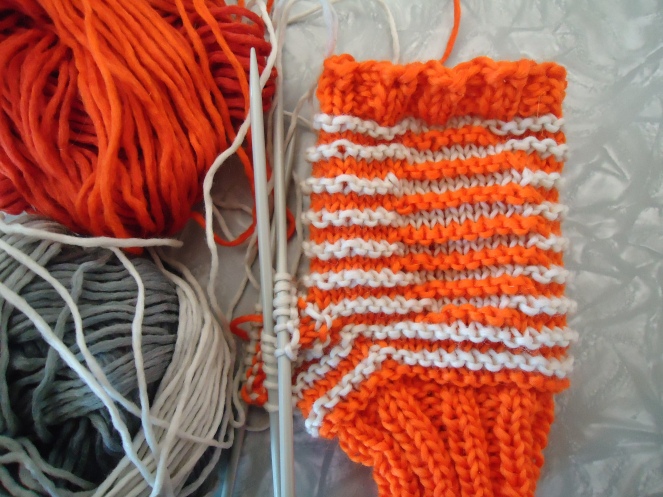 But then I realized that a)this is not really going to be a great yarn for mittens, and b)I don’t wear fingerless mittens.  This is Alaska.  Either you need mittens or you don’t.  So I came back to my senses, frogged what I had done so far, and moved on to other projects.  My lovely leftover yarn goes into the scraps bin, from which it will eventually rise again for something or the other. In the meantime, back to my ongoing sweaters, and catching back up to the Geek Along!

*The Iknitarod is a sort of knitalong that runs in conjunction with the Iditarod dogsled race. I did in fact finish my project the day the winner got to Nome, although I didn’t need to finish by that time. The ceremonial start of the Iditarod is my adopted home town of Anchorage, so I knit along for fun.  It is a pretty fun Ravelry group, so I encourage everyone with an interest to check them out!

4 thoughts on “The Shadow Knows!”