Things are finally getting done!

Specifically, my long personal nightmare of a skirt is finally finished!  I’m dramatizing a little bit here, mostly for comic effect, but it seriously felt like I was knitting this darn thing for at least a year.  Now, when I check my project page on Ravelry, it turns out I was actually working on it for slightly over a month, interspersed with two other projects.  But trust me, it felt like a lot longer.

So how did it turn out?  Well, I made it wider and longer than I really needed to, but that is actually not such a bad thing.  It is nice and warm, and I think will be a nice warm addition for cool/cold weather.  Which is a good thing, because I have this same yarn* in a different colorway, which is intended to make this same skirt again.  Who knows, maybe this time I’ll actually follow the pattern? 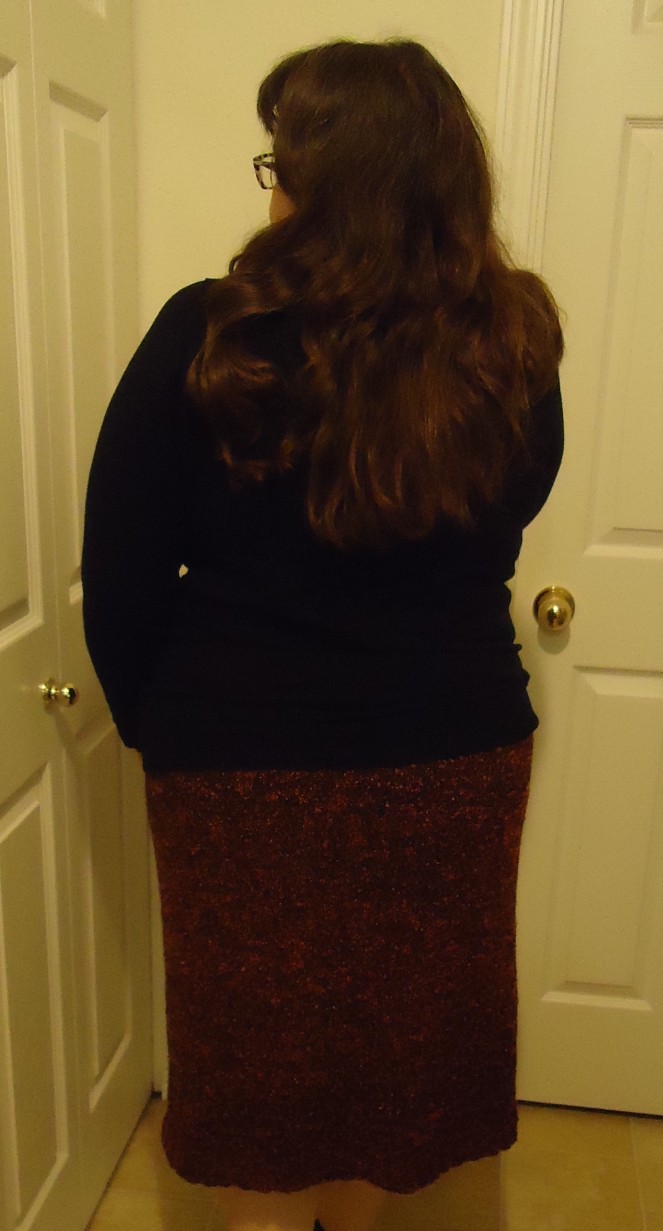 *Why did I buy the same yarn twice?  Because it was on a really good sale in the clearance bin at http://www.yarn.com .  If you hurry, they probably still have some – they seem to be having a heck of a time getting rid of it.  I think it’s nice yarn, it has a good texture, good fiber mix, and knits up nice and tweedy.